To share your memory on the wall of Vincent Crosby, sign in using one of the following options:

Provide comfort for the family by sending flowers or planting a tree in memory of Vincent Crosby.

There may be a delay while processing. Please do not click the back button or refresh while a payment is processing.

Your donation has been processed successfully

Provide comfort for the family of Vincent Crosby with a meaningful gesture of sympathy.

Vince is survived by his loving wife, Mary Rose (Adzentoivich), with whom he celebrated their 57th Wedding Anniversary last July. They still own the 1961 Mercury convertible they drove to their Miami Beach Honeymoon in. He was the devoted father to Linda Madara (Thomas), Bridget Fox (Steven), Mary McAnally (James), Kelly Roberts (Robert) and his son, Vincent Thomas Crosby, III, who preceded him in death. Vince adored his grandchildren Matthew McAnally, Kathryn Fox, Jamie McAnally and William Fox. He was proud to be their Poppy. He is survived by a beloved sister, Jane Wonderlick (Richard) and his best friend and brother, Joseph (Frances) preceded him in death. He loved his many nieces and nephews and enjoyed getting together with everyone for reunions at Knoebels Groves every year.

Vince was a hard-working man. For many years he worked 6-day weeks at SPS Technologies in Jenkintown, PA until his retirement in 1994 after 37-years. Despite the heat and noise of the steel foundry he enjoyed the people he worked with and he was proud of their work designing and manufacturing aerospace products. He was known to point to overhead jets and talk about the pieces SPS made that allowed them to fly and, like his father and son, Vince was a highly-skilled mechanic. There wasn’t an engine made that the 3 Vince’s couldn’t tear apart and put back together again.

Vince was a family man who enjoyed raucous family dinners with “my girls,” their husbands and grandchildren. He was a master storyteller and enjoyed conversations with anyone. Like Yeats, he believed, “There are no strangers here; Only friends you haven't yet met.” He enjoyed telling stories of the good-old-days - especially his time in the military, swimming in the family pool, hunting, fishing, going for walks, working on cars, and shooting darts. He was an animal lover, a proud U.S. Army Veteran who served during the Korean War and a devout Catholic and active member of Nativity of Our Lord Parish for 57-years. He was so much more than this obituary can say and will be sorely missed. Family get-togethers will be a paler version of what they once were. “Our memories of our loved ones are the pearl we form around the grain of grief that causes us pain.” (J. Zentner) “May the sun shine warm upon your face, Vince, and until we meet again may the Lord hold you in the palm of his hand.”

A Mass of Christian Burial and graveside services will be announced at a later date.

In lieu of flowers, memorial contributions may be made to the SPCA or The Wounded Warriors Project.

To send flowers to the family or plant a tree in memory of Vincent Thomas Crosby Jr., please visit our Heartfelt Sympathies Store.
Read Less

Receive notifications about information and event scheduling for Vincent

By subscribing to updates, you will receive any notifications sent about changes to service schedules or other important information

Please add your text number or email address before submitting.

You have successfully been subscribed to notifications!

You will receive any future notification messages.

Provide comfort for the family with a meaningful gesture of sympathy. 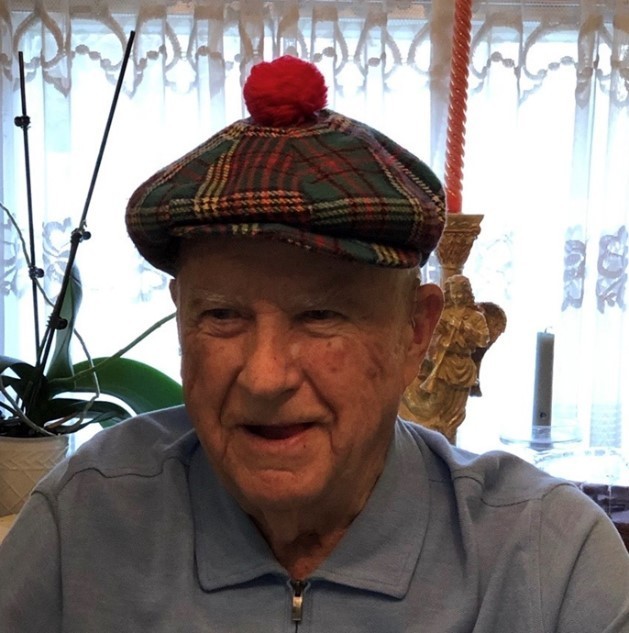 We encourage you to share any memorable photos or stories about Vincent. All tributes placed on and purchased through this memorial website will remain on in perpetuity for generations.

May your heart and soul find peace and comfort.

We will miss Vince's story telling and seeing him taking a nap in the afternoon sun. He always looked so comfortable. May he rest in peace with the sunshine on him.
Comment | Share Posted Apr 02, 2020 at 10:56am via Condolence
AF

Our thoughts and prayers are with you during this difficult time. May the memories and the love for your father warm your hearts and bring you peace.

So many wonderful memories with Uncle Vince! We will miss him immensely and cherish all of the times we spent together. Love, Stephanie and Tim
Comment | Share Posted Mar 31, 2020 at 06:49pm via Condolence
JW

Mary,
Please accept our deepest sympathy for the loss
of your beloved husband,Vince,father,grandfather.
He was a great brother, we were close..I will miss him.
We had many good times and traveled the world.
May Gods Peace be with you and your wonderful
family,Linda,Bridget,Mary Louise and Kelly.
Love your sister,Jane and Rich
Comment | Share Posted Mar 31, 2020 at 02:59pm via Condolence

Why light a candle?

This is why you should light a candle..